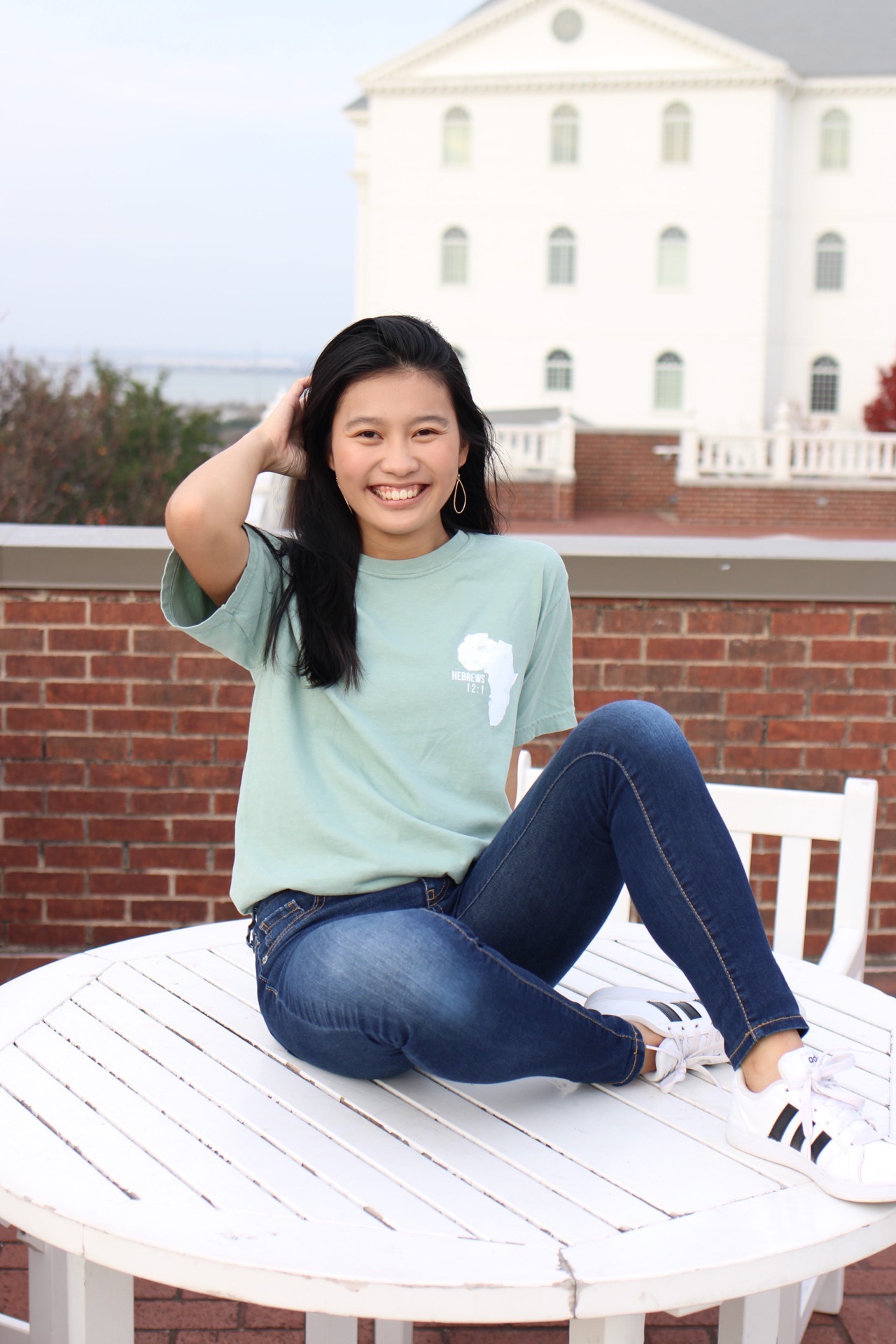 MEET COSETTE EISENHAUR: she followed the call to South Africa & learned the importance of loving others.

What led you to want to go on a mission trip?

So, I’ve been wanting to go on a mission trip for a while, but I just didn’t know when I wanted to go on one or which one I wanted to go on. I was between going to South Africa or Israel.  I liked the thought of doing evangelism, to be able to go out and hang out with the kids. Yet, I really wanted to go to Israel and stand on the land that Jesus walked on and do the things that Jesus did. I realized that I shouldn’t be the person who makes the decision; it should be the Lord. I asked God to tell me or show me which trip He wanted me to go on. I envisioned myself playing with kids with a South Africa with a flag flying above us in the wind. That is when I knew-- I was being called to South Africa. Then during the mission trip I felt that the Lord was calling me back for the nine week internship, which is what I’ve been focusing on recently.

How did you serve while you were in South Africa?

The ways we served while in South Africa was by putting on programs for the kids. We would go into squatter camps and just love on the kids and play with them. We also sang songs, played games, and had a Bible story the kids. When we weren’t with the kids, we were doing evangelism in the squatter camps. We would go up to the houses and just talk to them, help them wash their clothes, help them sweep. We did anything we could to show them that we wanted to serve them. We finished it with praying all together, and we saw so many miracles happen. We told our testimony to people in the squatter camps, and we would sing songs with people if they asked us to. We worked very closely with Impact Africa.

What has serving internationally taught you about yourself?

Serving internationally has taught me about cultural differences in the world. In America, we have anything and everything we could ever ask for; we have a washer and dryer, we have food, we have a roof over our head, we have a stove, we have so many things. While in the squatter camps, they wash their clothes with their hands and lay them out to dry. They will walk to wherever the running water is and bring it back to their home. It made me grateful for the things that I have and that the wants aren’t needs. You would see so many homes that were created so that rain would hopefully not get in, but the winters are cold in South Africa, and they don’t have heat either. Serving internationally humbled me, as well as taught me to not be afraid to share my story with people.

What advice do you have for someone preparing to fundraise?

Some advice that I would give to someone who is preparing to fundraise is to trust God. Trust him to provide. If He wanted you to go on the mission trip, He’ll help provide and get you there. This doesn’t mean to sit around and do nothing, but what it does mean is ask your friends and family to pray about donating and donating what God wants them to donate. It means taking time to design and create a shirt that is meaningful to you that people will purchase. It means praying to God, posting on social media, and sending letters out to people. It means when doubt comes into your mind to not listen to that because that’s the devil sneaking into your thoughts.

If you could tell the world one thing about serving others through missions, what would you say?

If I could tell the world one thing about serving others through missions, I would probably say, to love people. God tells us specifically in the Bible to love his people. This means to love everyone, no matter if they’re rich or poor, if they are a man or a woman, whether they’re disabled or not, etc. Go into the trip with the mindset that you just want to love on HIS people and see what God is wanting to show you. If you’re going on a trip where you do evangelism, don’t go in with the mindset that you’re going to “change” or “convert” people. You can’t force your beliefs and religion on someone if they had a bad mindset of the religion. But if you love on people, you can hope that God is showing His love through you.