MEET CHRIS: With a Passionate Heart 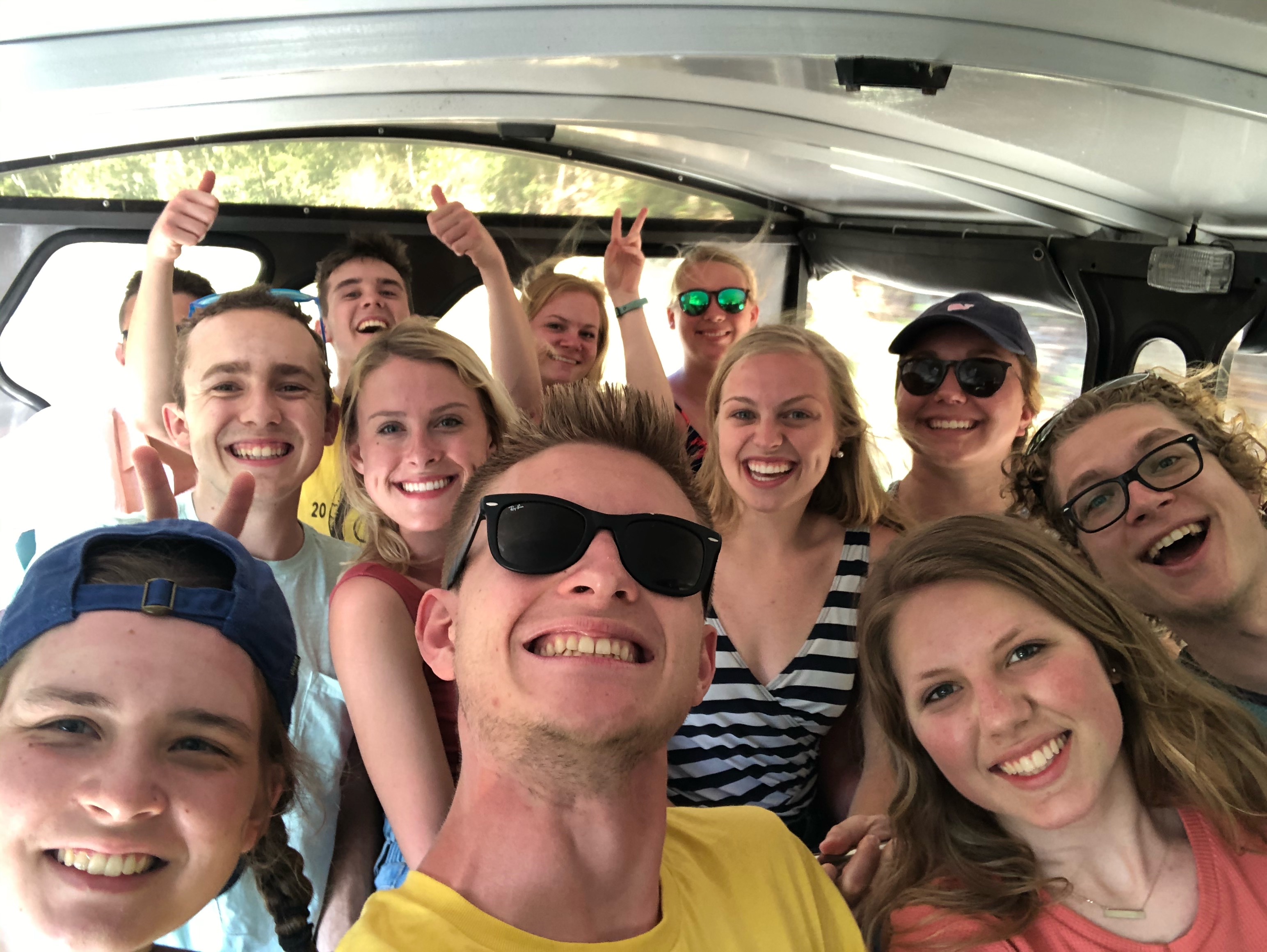 ‍MEET CHRIS KRYNAK: after hitting a roadblock with fundraising, he decided to give t-shirts a chance and found a heart for service.

What led you to the Virgin Islands to help with hurricane disaster relief?

I went with my college youth group called Campus Ministry at Grand Valley State University in Allendale, MI, for their yearly spring break trip! This was the first time I really became involved in this ministry and started forming relationships through serving. When spring break mission trip sign-ups were announced, I was really hesitant about applying because I wasn't really sure I'd find a trip that I would really love to go and serve on. I learned through my life group leading up to this that one of my close friends was leading a spring break trip to St. Thomas. I had no intentions to go International because my original plans were to go to Portland or Rio Grande Valley, so St.Thomas wasn't really on my radar, but I heard Portland was filled within the first day. So when I came to my friend's signup table after talking with him and his new co-leader named Lexi, I immediately felt at ease about my nerves and uneasy feelings about going out of the country to serve on a mission trip. Also, after getting to know my two trip leaders Chip and Lexi, I felt so much more confident in my decision to serve with the St. Thomas Team.

Why do you think it's important for people to serve during times of distress?

In my opinion everyone deserves love, regardless of their socio-economic status, and it shouldn't be affected because of their color or race at all. I feel like a lot of people are put down or called racial slurs just because the color of their skin, and that really hurts me because I've been bullied a lot in high school for a lot of things and throughout that time I never really did have the courage to stick up for myself, but when someone else was picked on, I would always stick up for them regardless of their color or race or there religion.

What role did fundraising play in planning for your trip?

When I found out I was accepted to go on the trip, I began working hard to come ups with ways to fundraise. The route I took for my mission trip to the Virgin Islands was selling T-shirts to help fundraise the money that I needed to have my trip fully funded, which my goal to be fully funded was $1,400. In the past I knew how I was going to raise that money and wasn't concerned about it, but I was concerned about this one because they usual people I asked in the past have not responded, and I didn't have a lot of support from my support letters that I mailed out to people, so t-shirts seemed like the best way to raise the funds I needed.

If you could tell the world one thing about serving others what would you say?

Serve with a passionate heart and stay committed to your team and the goal of what you're doing.

What advice do you have for someone who wants to serve but doesn't have the funds needed?

Don't give up on fundraising! Find ways to help you become fully funded for your mission/service trip and do not become discouraged.