MEET CAITLIN: His Timing is Perfect 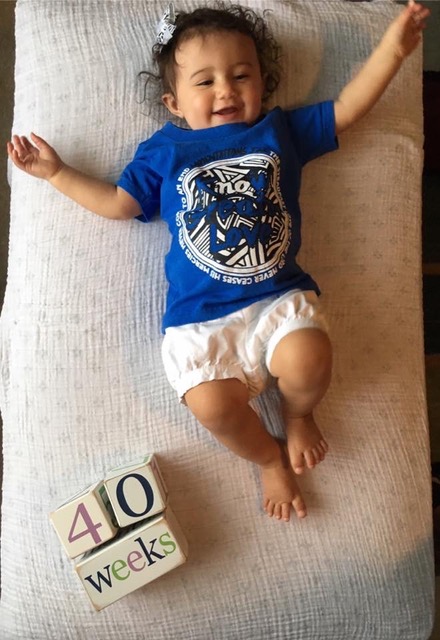 MEET CAITLIN DUNBAR: after struggling with infertility, Caitlin and Jason Dunbar gave their best YES to adoption and watch the story the Lord had written for their family quickly unfold.

What led you to adopt?

Jason and I have always felt a desire to adopt and we talked about our desire many times before we were even married. However, our plan was to adopt far in to the future, after we had checked off all the things that we felt would make us “ready” to adopt. We would have biological children first, be more financially stable, and the list went on and on. Thankfully our Heavenly Father knows best, and His timing is perfect! After almost five years of dealing with infertility, God began speaking to both of us about adoption while on a trip with our students. A member of the band Rush of Fools spoke about their adopted child, and it really began to paint the true picture of adoption for us. We realized God was calling us to put aside our hesitations and begin the adoption process right then. Ten months later, we brought our daughter home!

In what ways did you see the Lord at work during your adoption process?

I am a major control freak. I like to know exactly what’s going on, and I want every single detail to be planned out. In the adoption process, that very rarely happens! But time and time again, God continued to show us that He already had everything under control. He taught us so much through this process! He showed me how to let go of my desires, worries and plans and instead just rest in Him.

The Lord’s hand was in every single aspect of our adoption process. Our church family came together to love, encourage, and support us. We were told our daughter was due just three days after we matched! We had just launched our t-shirt fundraiser and still needed to gather all of the necessary funds. She did not end up being born until three weeks later, which gave us plenty of time. While in Utah, we were able to stay with a missionary family completely cost-free. This was a huge help financially, and the family was such a blessing to us! The local church association provided us with a vehicle to use while we needed to stay in Utah.

Why do you think its important for believers to support adoption?

Adoption is a beautiful picture of the Gospel! Every time I reflect on our daughter’s adoption, I am reminded that when we become a Christian, we are adopted into God’s family! When we finalized our daughter’s adoption, the judge stated that she is now an heir to everything we have, just as Ephesians 1:11 tells us that we are heirs to God’s family and His kingdom. And while it may look differently for each of us, as Christians, we are called to care for orphans. Isaiah 1:17 says, “Learn to do good. Seek justice. Help the oppressed. Defend the cause of orphans. Fight for the rights of widows.”

What did you learn through fundraising to bring your daughter home?

Fundraising was an eye-opening experience for us. We had hosted many fundraisers during our time in student ministry, but it felt so different to ask people to financially support our family. We really worried about what people might think or say…would they wonder what we were spending our money on? Or would they think we shouldn’t be adopting if we had to ask for help? We shared these concerns with a friend and his response really changed our perspective. He reminded us that while not everyone is called to adopt, we are all called to do something. Many people are not in a place to adopt, foster, or even travel to another country, but they could help adoptive families financially. If we chose not to be vulnerable with our needs, we could prevent others from being obedient to their calling. This really stuck with me. It is such a blessing to be a small part of a family’s story by sharing and giving to their fundraisers!

What advice do you have for someone who wants to support adoptive families?

There are SO many ways you can support adoptive families! Pray for adoptive families to be surrounded with peace and feel the Lord’s guidance every single day…we have seen firsthand that prayer truly works! Adoption is filled with so many decisions, questions, and uncertainties, so take a few minutes to offer encouragement. Bring them a meal, help out with their other children or host a shower. If you are able to give financially, participate in their fundraisers or send them a donation. There is no way we would have been able to bring our daughter home without the support of our community!

CONNECT WITH THE DUNBAR FAMILY: