MEET TAMI YOUNG: God is Up to Something 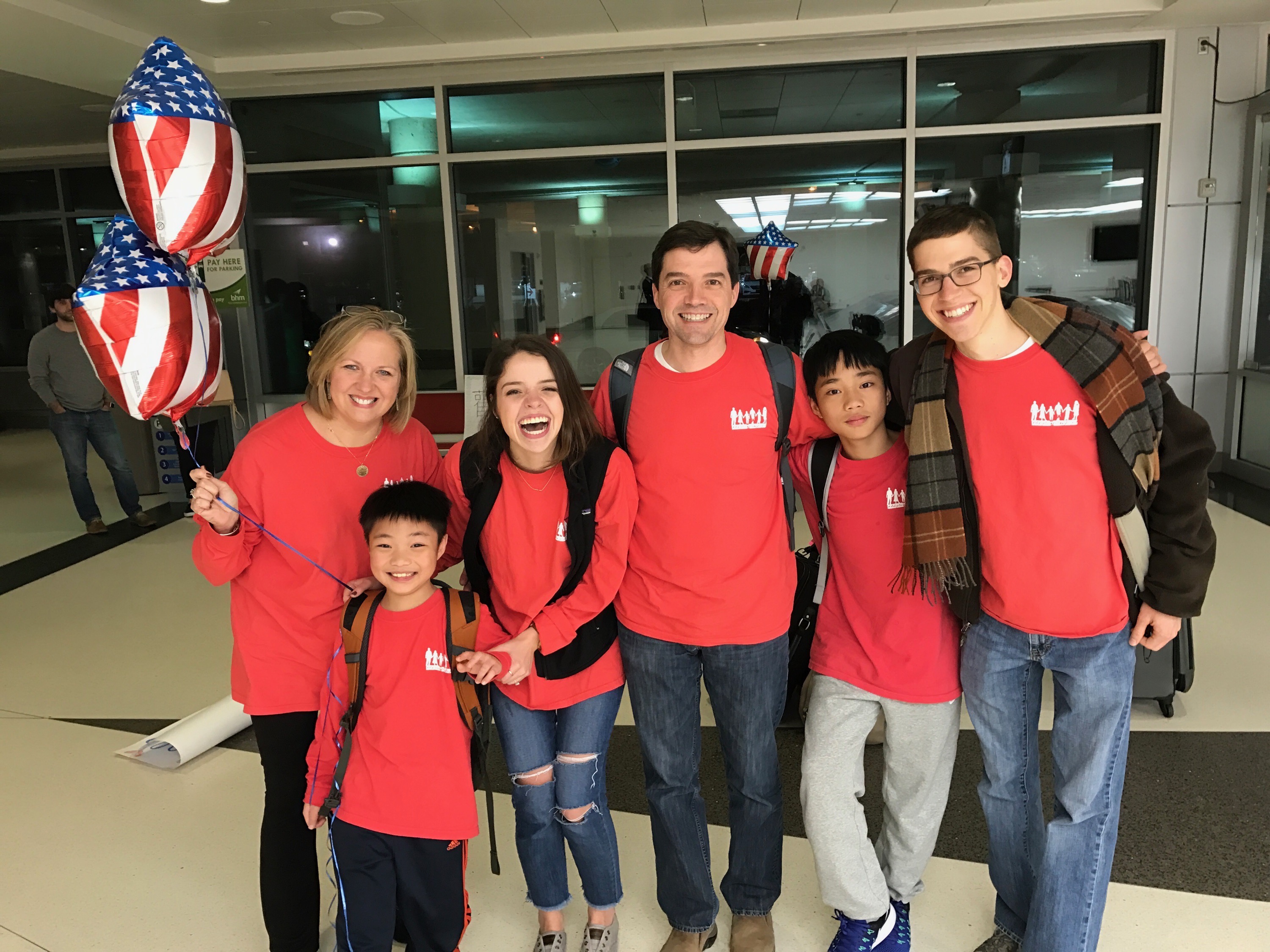 Meet Tami Young, a mom who started the adoption process a little later than most. She was obedient to what the Lord was calling her to do and is now the mom to two boys through the gift of adoption.

You and your husband were empty nesters, headed towards retirement. What led you to want to start over and adopt two little boys from Taiwan?

We were studying together the book, You and Me Forever: Marriage in Light of Eternity by Francis and Lisa Chan.  We were asked to look at our marriage in light of eternity and envision the next 15 years.  Even though our biological children were in their 20’s, we asked ourselves the question, “What can we do that would be a kingdom investment instead of living life for ourselves?”  We discussed several options…. serving as foreign missionaries, taking in unwed mothers, adoption, fostering, local missions, etc.  We committed to pray about what God had for us and we told no one about our conversation.  About two weeks later, we received a “random” phone call from New Beginnings, a local adoption agency, asking if we would consider being a host home for an orphan from Taiwan for two weeks that summer.  I texted Ronny at work and simply said, “You will never believe the phone call I just received… God is up to something!”  About 30 minutes later, he texted me back and said, “Who are we adopting?”  And so the journey began…..

Before committing to adoption, you were able to host one of your sons for a short time in your home. How did this affect your adoption?

We knew that the hosting time would be an opportunity for the Lord to provide clarity about adoption and adopting this child specifically.  It was two of the best and hardest weeks of our lives. We were able to see first hand the challenges of adopting older children but also the many rewards. The Lord made it very clear to us that this was the path he had for us. We formed a bond with Miles during those two weeks and learned a lot about his personality, his interests, and his fears. This helped us know how to pray for him during the long 19 month adoption process.

What were some of your fears regarding the adoption process, and how did the Lord work through them?

Our biggest fears had more to do with our age than the process.  Because we were in our 50’s, we had fears about raising kids at this stage of life. God brought us to a place of complete trust in him. Trust that he would prepare us for a “new normal,” trust that we would remain healthy, trust that we would have the stamina to raise two vey active boys, trust that His timing would be perfect, trust that we would attach and bond easily, and trust that Kyle and Kara would adore their new role as “biggest” brother and big sister. Adopting older children brought many fears as well. Will they be able to learn the English language? Will they be able to transition to American life and make friends? Will we know how to help them through the grief of leaving their country and culture and fears they will experience as they become part of our family?  In ALL of these fears, the Lord has taught us to trust His plan and His sovereignty. We live moment by moment and His grace has been there every step of the way! Is it easy? No, but worth it? YES!!!!!

What led you to want to adopt siblings?

Because we were older and empty nesters, we did not want an only child.  We wanted them to have each other! We also hoped with siblings that they would retain there native language.

What advice would you give to someone who feels called to adopt but isn’t sure where to start?

First of all, pray for the Lord to clarify that call. Talk to others who have adopted or are adopted themselves. Then, take a step of faith and call an adoption agency!