MEET NICK: Changing the World One Cup of Coffee at a Time 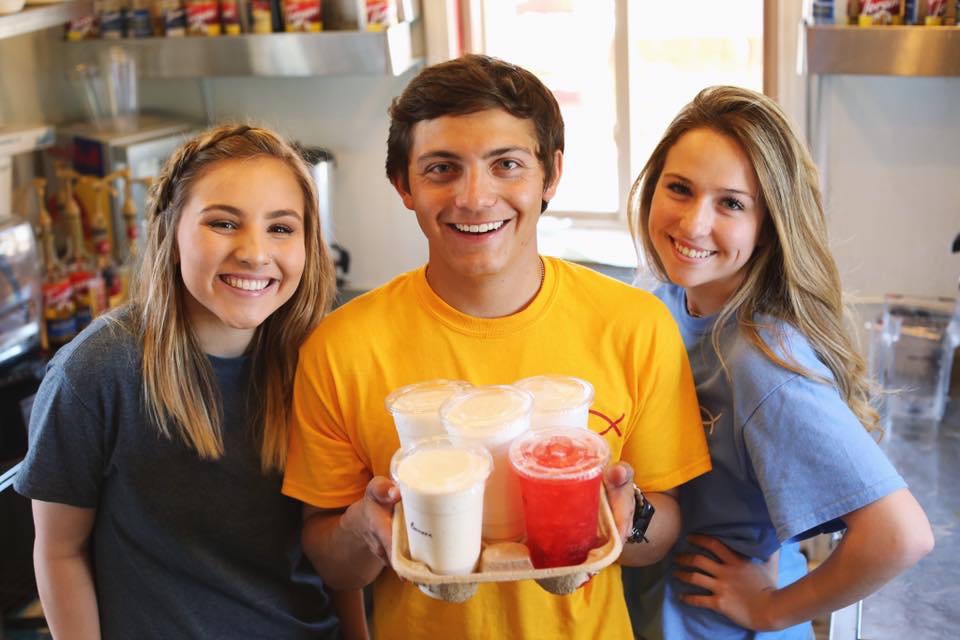 Meet Nick Walker of Java Nick’s, where he spends his days bringing coffee and Jesus to the people of Carlsbad, New Mexico. He graduated from high school, took a chance, and is now serving his community in big ways.

Not many kids graduate from high school and decide to open their own business. What inspired you to take such a big step, and why coffee?

I had been out of high school for a year and a half when I bought what was Java Dave's. I was nineteen years old and thought it was an insane leap. But I prayed for three things to fall into place so that I knew it was part of God's plan for my life. Within two weeks, all three of those things had fallen into place, so I took the biggest leap of my life, and so far it has been amazing!

Your business is a great example of someone using what they have, where they are to serve others. Tell us what a typical day of coffee and Jesus looks like at Java Nick’s.

A typical day at Java Nick's goes something like this: get to Java at about 6 a.m.to prep for opening, open at 6:30, and then run till 5 p.m. We are on a name-to-name basis with almost all of our customers, so they pull up, we ask how they are and if they want their usual, then we make their order, and send them on their way. Almost every dime raised at my business goes to missionaries, local sports teams, churches, cancer warriors, and local non-profit organizations. We even pray with our customers if they ask us to. We are a hub of positivity in little ole Carlsbad!

Java Nick’s has been extremely successful in terms of making a difference and helping those in need. What do you think has contributed to so much success in just two years?

I believe what has helped us be so helpful and successful in the last two years boils down to two things: a small town with a heart for the Lord, and full surrender of the business to Him. My prayer for Java Nick's is for God's will to be done, so if I have to close it down one day, then that's okay with me. It is as close to a non-profit as you can get, and I am very excited to see what the future holds in store for Java Nick's!

Your small business has been part of some pretty incredible moments. What’s one way you’ve seen God working through Java Nick’s?

The most amazing moment for Java Nick's was the day we did our Brittany's Hope fundraiser on May 12, 2017. We raised $16,000 for cancer warriors in Eddy County.  A local man had lost his wife to cancer, and they wanted to help other local prayer warriors by helping pay for groceries while they had to take time off of work for treatment. The most amazing part was that nine other families in the community stepped up to match whatever money we brought in that day. So at the end of the day, there were ten different piles of $16,000, which gave us a grand total of $160,000!

People often believe they are too young to make a difference. Clearly, you’re proving them wrong. What would you say to these people?

Anyone can make a difference. When people can see your heart in your actions, they will believe in your cause, so do that.

Be yourself, serve others, and do it all whole-heartedly.